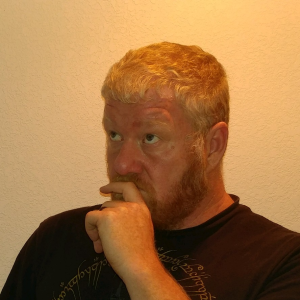 With three active kids at home, it can be a challenge when the rain or snow comes and they are stuck inside. Especially in the summer. Having something to do is important. Even better if that something to do involves science, fun, and art. Plus engineering. This is 2019, so we call all of that together STEAM. Our parents would have called it learning fun. Their parents probably called it “When I was your age, all we had were sticks and rocks. And WE LIKED IT.”

At any rate, having something to not only teach the kids stuff but keep them entertained while doing so is a challenge. So we got a subscription to some Kiwi Crates. Kiwi Co makes an overall family of products that focus on various types of science, engineering, art, and technology. The whole STEAMiverse of stuff. They offer pre-bundled crates that contain ready-to-go projects.

Most of the projects are all-inclusive for the age group they’re aimed for. There are kits for pre-schoolers all the way to middle school kids. Since the kids in our house are 8-10 years of age, we focused there. Because every kid is different and because every parent nowadays wants to expose their kids to a variety of things, there’s a Kiwi Co product for just about every bent.

My youngest likes hands-on activities and anything with math involved. So Kiwi loaded her up with a Claw Grabber crate for the first go-round. This is pretty awesome. It’s basically a long-reach three-fingered claw that you build from the included wooden kit and some yarn for making little puffy things with eyeballs on. She had it together in no time and was using it for everything but picking up puffy eyeball things. Which, to be fair, she gets honest from me. I hadn’t even opened the box before I was thinking of all the cool stuff I’d use it to grab.

The middle child is a year older than the youngest and is really into art. She likes everything artistic, from foofy hippie dresses with lots of color to markers and paints. Kiwi set her up with a Doodle crate wherein she got to make her own leather (like) portfolio pouch, complete with studded decorations and a felt interior. She sewed and riveted and worked that thing beautifully. This project was worth hours and she loved every minute. It now houses her diary. What a nine-year-old has to secret away in a diary, I don’t know. A middle-aged man like me probably doesn’t want to know. It’ll involve unicorns. Guaranteed.

The oldest is too smart for his own good, but like most boys at age 10, certain keywords will immediately elicit a bright-eyed cool! response. “Robot” is one of those words. Asimov probably had no idea what he was starting when he made that word popular. Kiwi has a kit that can allow a 10-year-old to make a robot that is incapable of conquering humanity. Just don’t bring up that bit when handing it over to your kid. With some upside-down eyeballing of the included plan sheet, some somehow right-side up connections of parts, there appeared a robot. Walking on the floor.

Eventually, the kids were convinced to clean up the detritus from their Kiwi Crate builds. Fun was had. It’s continually talked about. They’re wanting to know when the next Crate will arrive. That’s probably a good sign.

You can get Kiwi Crates for your own kids at KiwiCo.com.