It’s a time of year that seems to elicit serious reactions on both sides. You’re either Team Pumpkin Spice, counting down the days until you can swap your iced coffee for a tasty pumpkin spice latte and some beautiful fall boots — or you’re adamantly, passionately against pumpkin spice in all its forms.

I like to think I’m in the middle, bringing both sides of the spice divide together. I’ll grant you we lost our collective minds for a few years there and tried to put it in everything. But most of us seem to have thrown off the stranger forms of pumpkin spice like gum and laundry soap and we’ve settled on a good middle ground, sprinkling the spice appropriately in our pastries and lattes and moving on with life. Like most spices, pumpkin spice is best in moderation.

Oatmeal, though — oatmeal is the perfect place for it.

On a chilly fall morning, a piping bowl of oatmeal with apples and spices, hot from the oven? Heaven.

This is a super-simple recipe! Just toss everything in a bowl, mix it together, spread it in a casserole pan and bake it for 40 minutes.

Preheat the oven to 375 degrees. Combine oats, brown sugar, apple, cinnamon, pumpkin spice, and salt in a bowl. Add milk and oil. Stir until mixed through. Pour into a greased 8×8 pan. Bake for 40 min or until oatmeal looks nicely browned on top and is set. Serve. You can also offer raisins, more brown sugar, walnuts, or other dried fruit to sprinkle on top before eating. 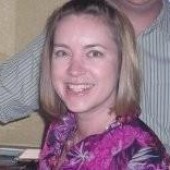 Laura is a mom of four who is a regular contributor to BabyCenter and has written for Colorado Parent, Babble, and other parenting publications. Read more..