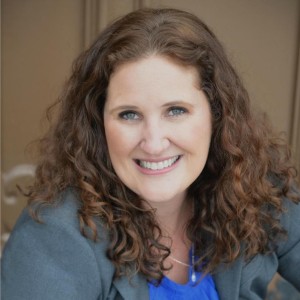 Last weekend at the Dew Tour in Breckenridge, Denver Parent had the privilege to sit down with 16-year-old pro snowboarder and Summit County resident, Red Gerard.

When I first walked in, Red looked like he’d just gotten off the slopes…helmet hair stuffed in a hat and a bag of ice on his ankle. He flashed me a smile that only a kid who plays outside all day long doing what he loves can!

Red Gerard buckled on his first snowboard at age 2 and hasn’t stopped since.  Although he started out in Cleveland, his family moved to Colorado when he was 10.  As one of seven kids (he is “way at the bottom…with one little sister”) it seems they are all in love with the snow.  He and his brothers even built a rail park in the backyard complete with its own rope-tow, although Red credits it to “mostly my brothers, but they killed it!” These kids are definitely embracing Colorado living!

In his second year of riding professionally, Red travels with the U.S. Snowboarding Team.  Instead of traditional high school, he’s getting his education through online classes.  However, since his team is mostly his age they can lean on each other to get through their course work. When he’s home in Silverthorne he makes the most of his time with his family and uses FaceTime calls to keep in touch when he’s on the road.

Colorado Ski Country USA has a Fifth Graders Ski Free Passport where every registered kid can learn to ski or ride, lessons and rentals included.However, many families don’t take advantage of this program. When I asked Red how he would encourage those families to get out and embrace where you live, he replied, “I think those days when you’re bored, sitting at home on the weekend not doing anything, you might as well go try somthing new.  Especially if it’s free you could have a hobby to do every weekend.  You might as well try it!” FYI – There are great deals so it’s easier to take the rest of the family along. (See link for details.)

If he didn’t grow up snowboarding, Red thinks he would have been a skateboarder “because you can do that anywhere!” After he retires he hopes to work in the snowboarding industry…or “be a firefighter.  That’d be a sweet job!”

As far as his goals in snowboarding?  Red wants to “Just have as much fun as I can, really…I mean, I’d like to go to the Olympics for sure if it comes that way.  If it doesn’t?  Keep rollin’ for sure…kinda go with the flow.”

Don’t miss Red Gerard and all the Dew Tour athletes on NBC.  And if you want to attend next year’s Dew Tour, tickets are free and it’s a unique event for everyone!