The Subaru Ascent is a new offering from Subaru, adding a third row in a new design based (as with all Subaru vehicles) on the Impreza platform. More than just an enlarged Outback, though, the Ascent is a very well-considered and ergonomic vehicle that manages to both appeal to family hauling and keep its Subaru roots. The Ascent was introduced in 2019 and remains largely unchanged for 2020. Additions this year include a rear seat reminder alert system and power folding side mirrors as an option. As with most family vehicles, the 2020 Ascent is safety-oriented and ergonomically designed for passengers. Unlike most family vehicles in this genre, however, the Ascent comes standard with all-wheel drive (a Subaru trait) and plenty of ground clearance to make that AWD useful.

The 2020 Subaru Ascent will probably not be named prom queen for its looks, but it’s certainly not the undiscovered wallflower in the corner either. The Ascent is contemporary, if a little boring, in its look. Elements of other Subaru crossovers, specifically the Forester and the Outback, are clearly seen in the Ascent. At the front and through the greenhouse and body shaping, the Outback is noted as a primary inspiration. The rear hatch area, front grille, and roof rack line are more like the Forester, though, and somehow promise more space inside than the more wagon-like Outback might offer. The generous ground clearance is augmented in appearance by the wider wheel wells, larger gap between tire and edge, and more aggressive rear departure angle of the Ascent versus its smaller Outback sibling. This gives the Ascent a much more ready look for off-pavement and all-weather capability. The overall appearance of the 2020 Subaru Ascent is strong in its promise of capability and soothing in its contemporary appeal.

The immediate impression upon getting into the 2020 Ascent is that materials quality is definitely very good. Upscale appeal is found in the upholstery, dash design and build, and the general feel of things altogether. That impression isn’t dampened upon closer inspection, as Subaru doesn’t seem to have cut any corners anywhere. Build quality is high and attention to detail is clear. This is somewhat unusual for Subaru, whose mainstream sellers (the Forester, Impreza, and Crosstrek specifically) are not known for high-end interiors. The Ascent seems to have had a lot of interior influence from the Legacy, which has long been Subaru’s most top-end offering. The rear seats, in particular, are far more comfortable than those in other Subaru models. The third row is mostly for kids, given its size, but will accommodate average-sized adults when required. Just don’t expect them to road trip comfortably back there. The second row, whether captain’s chairs or a bench, is phenomenally well-done and at minivan levels of comfort. Two things detract from this overall goodness, though. The interior’s noise levels can get high in the Ascent, especially on the highway and when the engine is pulling heavily to get up a hill or accelerate to merge. This is a symptom of the engine being exactly right-sized for the crossover rather than slightly overdone and the engine’s transmission, which can be uncertain about its job requirements. Cargo space is ample and readily configurable in the Ascent.

The 2020 Ascent comes in several trim options. We drove the top-end Touring model, but have experience in the Premium and Limited trims. We’d recommend looking at those first before deciding on which one fits your lifestyle. The leap from the base model to the Premium model is not very expensive and adds a lot of refinement to the Ascent. Akin to going from a rental fleet car to a premium model. As a daily driver for family hauling, the Subaru Ascent is excellent. Around town, the turbocharged 2.4-liter four-cylinder engine and its 260 horsepower is more than enough to make the Ascent feel confident to the driver. On the highway, though, that engine gets loud and the continuously variable transmission (CVT) often hunts for the right position, both of which lead to a lot of interior noise compared to rivals.

The Ascent comes with Subaru’s EyeSight driver-assist and safety technologies as standard equipment and can tow up to 5,000 pounds in most configurations. The large, easy-to-use infotainment, huge (and useful) cargo space, and wonderful interior are all high points for the Ascent. The midsized three-row segment is hot right now and there are a lot of A-plus contenders vying for consumers. The Ascent is not necessarily the best of the bunch, but in a segment of excellent choices, it’s definitely no slouch. For those who want more adventure-readiness to their family crossover and prefer the reliability and strong resale of a Subaru, the Ascent is definitely the choice. Especially given the winter conditions we often experience here, where Subaru’s legendary all-wheel drive has proven itself beyond capable. The 2020 Ascent starts at $31,995 and is EPA-rated at up to 27 mpg on the highway. 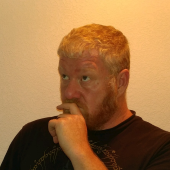 Unique (and Green) Gift Ideas for your Gifted Child