Black Panther and our Denver kids 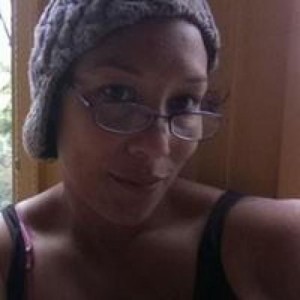 I am sad to say that I only saw Black Panther twice this $242 million opening holiday weekend. This movie is that good, I will get a third viewing soon.

Why are so many people seeing this film? Wait, what is this film? The cultural nexus Black Panther has found itself in is hilarious. Denver seems like a perfect market to talk about how this PG-13 comic book movie has swooped in.

Who is seeing this? At $242 million it seems like everyone. My first showing was with a Black alumni association I had never even heard of but I knew it was not at my local theater that prohibits any talking. I am part Black and culturally for me I did not want to be silenced experiencing this excellence. That crowd was funny because they were leaving before the second credit cookie and the theater staff made them stay herded up at the bottom of the stairs. The second cookie was about a Marvel character and they let out a sigh of disappointment with not knowing who that fool was or caring. I was dying.

In my second showing we took our kids to our local theater, the Alamo Draft House, where there is no talking. If you go please note how Chadwick Boseman’s cell phone message did not include talking… that was added on. He got me and the significance of letting us make noise at that screen. The crowd seemed flipped from the crowd I saw it with during the first screening, lots of White comic book nerds, allies, co-conspirators, or people just curious about what the hype was about. They laughed at every Marvel joke but were silent with the subtle “Hey Auntie” line that Killmonger says. That line killed in Aurora.

In and around the Denver that I know I have also seen a couple of groups not into the film. First an active avoidance by more radical POCs who are chastising people for stanning about this film. And then by White people oblivious that this exists. We bought our kids Black Panther masks and took them to Copper Mountain on Saturday. I think they were exhausted by the end of the day with having to correct people that they were not Batman.

Now to the nuts and bolts about this film. It is good. It is a a fictional adaptation of the Black Panther story from the Marvel Comic Universe that is owned by Disney. The director, Ryan Coogler, has worked his way up from projects about marginalized subjects like Fruitvale and Creed. Combining with Disney this becomes a fun film about representation on a scale few have seen. If representation does not matter to you then go for the storyline and a king in the making trying to do the right thing with humor, special effects, and great technology. If representation matters to you then go to get a vision of an African country and people who never had to deal with the nasty, meddlesome business of colonization. And go for the women, there are some strong female characters.

As for the kids I took mine because this film served as a great cultural milestone for representation and held our family’s values. It is PG-13 for a good reason with the violence. I urge you to know your kids, see it beforehand, and make the call if you are going to bring them. Our kids are much younger than 13 and we prepped them, told them we did not want them fighting around the house acting out violent scenes, had LEGOs from the film handy for them to assemble and talk out what made them uncomfortable, and they have a week off of school to process anything to make sure they will not be weird and violent with classmates. As a note they go to a school where we participate in a media agreement so they are very low-media and do not play video games. Our baseline might be different than yours.

After sleeping on it for two nights they are both still sneaking in our bedroom in masks, crossing arms, and saying “Wakanda Forever” for our wake up in the morning. The seven-year-old has asked not go to anything that violent with guns and death for a while. Well not any new violent movie, he wants to see this again already. There was a scene in the movie where the protagonist gets whooped and both of our kids were crying and had to be soothed. I brought a large shawl for them to hide under if they got too scared and my husband and I sat on either side of them if they needed ears covered or some comforting. They have not had any nightmares though. Simply know your kids. There was a lot of violence but there were so many positive messages and actions as well that this was worth taking them. As a family we have reflected on the movie with doing what is right, working with others, and being there for your community and environment.

Kia Ru writes about Colorado life as a mom to two young boys, eating real food, and being as healthy as possible. Read more..