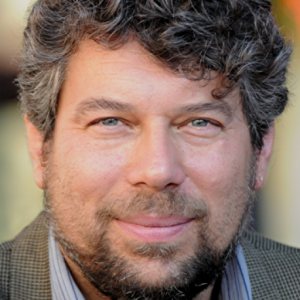 It’s been a tumultuous last month in our household with my 19yo daughter now off on a three month gap year program in the South Pacific, a month that included her and my ex spending a few weeks in Hawaii, then on the one weekend between that and the South Pacific, heading off to Vermont on another trip. Leaving the 12-year-old behind.

My concern was for my younger daughter, already anxious about her big sister leaving for months: how would she react when she found out that not only couldn’t she go to Hawaii but she also couldn’t go to Vermont either because it would involve missing too much school.

To alleviate that, I decided we needed a staycation, needed to do something fun and different without having to leave town, something easily accomplished over an already somewhat busy weekend. from the Denver Convention Center. And a suite, how perfect is that?

We planned to get to Denver early afternoon on the Saturday, have a festive dinner somewhere walking distance from the hotel (and there are at least 100 restaurants within six blocks of the convention center), then head back to the room for some games, decadent room service dessert, possibly a movie, and a late night. The next morning we’d hit the breakfast buffet and head back to our home in Boulder in time for our Sunday afternoon activities.

Then Friday night at her YMCA Basketball League game, we got the bombshell: the end-of-season gala banquet was the following night and somehow the email hadn’t made it to me. Well, heck! Rather than skip the banquet, we regrouped after the initial shock and decided that we’d have

dinner with the team and head directly to downtown after the festivities.

We arrived at the Embassy Suites in Downtown Denver at about 7:30pm, which was great timing because we had plenty of time to set up and play a new favorite game, Cosmic Run, while waiting for room service to arrive with our desserts and beverages. And what a dessert it was! I had the Upside Down Peach Cake (“Peaches Caramelized in Brown Sugar Baked in a light Cake Batter, Topped with Caramel Sauce, Surrounded with Fresh Berries and a side of Vanilla Ice Cream”) and my daughter had the Chocolate Flourless Tart (“Deep and Rich, Glazed with Ganache served over Raspberry Sauce, a Dollop of Chantilly Whip Cream and Fresh Raspberries”). As you can see in the accompanying photo, we were both quite impressed with the desserts and they were a perfect accompaniment to us competing to colonize planets in the far galaxy before meteor strikes destroyed them. For the record, I won, but just by a few points!

We contemplated a visit to the fourth-floor pool, but were feeling too lazy post-dessert so instead sprawled on the two beds and watched The Food Network, a favorite channel, until it was time for lights out.

The following morning we headed downstairs from our 12th floor room to one of the best and most varied breakfast buffets I’ve ever seen at a hotel. My breakfast was a spinach and mushroom omelet with salsa, some fresh fruit and a few strips of bacon. Because, well, bacon. We went back to the room and hung out until checkout time, a leisurely noon, then headed home rather begrudgingly. Our cats were exceedingly happy to see us and we skipped lunch entirely after our enormous breakfasts at the Embassy Suites, which was handy!

All in all, with a little help from the hotel, I turned what could have been a very sad, disappointing weekend into a great father/daughter mini-vacation, and even when the basketball banquet suddenly intruded, we figured out a way to make everything work. Instead of remembering the weekend she couldn’t go to Vermont with her sister, my daughter now has fond memories of our weekend adventure in downtown Denver.

Disclaimer: Embassy Suites sponsored our staycation. The cost otherwise would have been $19 for the two desserts and $229 for the suite, quite reasonable all in all.

Dave Taylor is a proud single dad of three fabulous children. They can drive him crazy at times, but the house is clean and warm, everyone’s got nicely furnished rooms and when the going gets tough, it’s his house that the kids gravitate towards. Read more about his life as a single dad and his musings on divorce and parenting in the modern age at GoFatherhood.com.