Proposition 105 requires that GMO’s be labeled If my Facebook feed is any indication, GMO’s continue to be a huge topic of discussion and as such something people in the Denver area really care about.

Right to Know Colorado GMO has launched a grassroots campaign to achieve mandatory labeling of genetically engineered foods or GMOs across the state. The movement is built on the foundation that people have the basic right to know what is in our food and what we are feeding their families. So what if you don’t feel you understand the issue? We have a quick Q&A here to help you answer some of your basic questions.

What Are Genetic Modified Foods (GMOs)?
According to the World Health Organization, “genetically modified (GM) foods are derived from organisms whose genetic material (DNA) has been modified in a way that does not occur naturally”. Genetic engineering uses the process of artificially inserting foreign genes into the cellular structure of a plant, animal or microorganism in a laboratory to gain desired traits, i.e. herbicide tolerance, the ability to produce insecticidal toxins or other alleged benefits. They are commonly known as GMOs, genetically modified or genetically engineered organisms.

Genetic modification DOES NOT occurs in nature. It is the manual process of choosing a genome from one species and inserting it into the DNA of another species. This process is only possible in a laboratory.

Example: Certain genetically modified corn has been engineered to produce pesticides in its own cellular tissue. This GMO corn is regulated by the Environmental Protection Agency as an Insecticide, but is sold unlabeled in grocery stores in the United States.

What is the difference between a Hybrid and a GMO?
Genetically modified (GM) foods are derived from organisms whose genetic material (DNA) has been modified in a way that does not occur naturally.

Hybrids are created by the crossing of two compatible plants to create a new plant with characteristics of both parent plants.

What Foods Have Been Genetically Engineered?
Today, an estimated 75% of the processed food in the U.S. contains genetically engineered ingredients. Since their introduction in the food supply in 1996, the 5 main commodity crops (corn, soybeans, cotton, sugar beets and canola) have been genetically engineered to kill insects in farmers’ fields and/or survive the application of the weed killer Roundup. Who Supports Labeling Genetically Engineered Foods?
More than 171,000 Coloradans signed petitions to get this on the ballot. This is a non-partisan issue. Already 64 other countries, including all European Union member states, Japan, Australia and other key U.S. trading partners have laws mandating the disclosure of genetically engineered food on food labels. This includes 16 of the top 25 countries that import food from Colorado companies.

To date, GMO labeling laws in the U.S. have passed by wide legislative majorities in Connecticut, Maine and Vermont. Please visit our website – www.RightToKnowColorado.org – for citations, resources and more information.

Who Opposes Labeling Genetically Engineered Foods?
In the past two years, the world’s largest chemical and biotech seed companies and America’s giant food manufacturers have spent nearly $70 million to defeat GMO labeling initiatives in California and Washington State. In the past 6 months, DuPont, Dow Chemical, Monsanto and food manufacturers Pepsi, Coca-Cola and General Mills have spent more than $27 million to block GMO labeling at the federal level, which is roughly 3 times their spending in all of 2013.

Aren’t GMOs needed to feed the world?
Proposition 105 has no impact on world hunger. It is not a ban on GMOs. It is just a label. It merely seeks to inform consumers about the foods they are purchasing and consuming.

Are Genetically Engineered Foods Safe?
GMOs have not been proven safe, and no long-term human health studies have been conducted. Unlike the strict safety evaluations required for the approval of new drugs, the US Food and Drug Administration does not require safety studies for genetically engineered foods. The United Nations/World Health Organization food standards group and the American Medical Association have called for mandatory safety testing of genetically engineered foods — a standard the U.S. currently fails to meet.

I’ve heard that GMO seeds are basically the same as non-GMO seeds. Is that true?
The US Patent Office issues Biotech companies patents on genetically modified seeds to protect the uniqueattributes because they are significantly altered from nature. This contradicts claims that GMO and non-GMO seeds are fundamentally the same.

Aren’t there current laws on labeling GMOs?
Currently there are no Colorado or Federal laws requiring the labeling of GMOs. The FDA allows for volunteer labeling, but there are NO requirements.

Why Proposition 105? Why do my family and I need it?
Under Proposition 105, labeling genetically engineered foods would provide basic information to let Coloradans make more informed buying decisions, offering more choice and control over the transparency of their food purchasing decisions.

Without proper labeling and transparency it is difficult for doctors and pediatricians to determine where food allergies and sensitivities arise.

Because families and individuals are dealing with an increasing level of food allergies and sensitivities, we demand more information about the genetic makeup and source of our food.

Does this result in a ban on GMOs?
NO. This initiative only requires the addition of “Produced with Genetic Engineering” on the label or container of GM foods. It is not a ban. And it does not require segregation of crops.

Will Proposition 105 cost taxpayers a lot to enforce?
Proposition 105 will not require any additional revenue to cover implementation, which is simple and easy to comply with. It will be enforced under current Colorado regulatory structures. The state of Colorado has determined that a maximum of two staff are needed for compliance; total cost is estimated at $113K-$130K/yr paid from the state General Fund, or 2 cents per Coloradan per year.

Won’t it make grocery costs go up?
Any estimation is a speculation and there could be no rise in costs at all. However, a study by Cornell University professors estimates a maximum rise of $1.42 per person per month.

Why are there exemptions? Why isn’t everything covered in Proposition 105?
This is a reasonable and balanced first step. Colorado state law allows one subject to be addressed per ballot initiative. For instance, alcohol and foods served at a restaurant are regulated under different statutes and would be considered a different subject. What is covered is most packaged, processed and raw foods sold in grocery stores 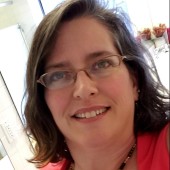 What To Do If You Have An Argumentative Child

Facilitating Forward Motion in Your Teen Who are you voting for on Super Tuesday I won’t apologize for being a young mom