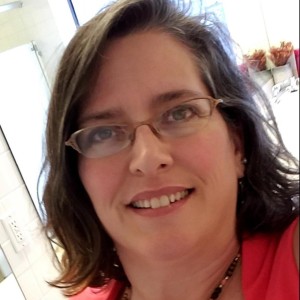 As an introduction to my “school story”, I hope this leads to many more and a large variety of your own stories. I think what hits me the most as I write this is how much my ideas and ideals changed over the years my kids have been in school (and they’re not even out of elementary school).

I hope as people read these stories, they can take what’s important and try not to judge, I think it’s important to know we’re each individual and try our best to be the best parents we can be.  I also used the actual names of the schools, not in judgment, but because I knew people would ask and it’s our experience with these particular schools that leads to the stories.

My Story: Mary-Frances Main, Editor and Founder of Denver Parent


How old are your children and do they require special accommodations in school?

My children are now eight and ten years old (in third and fourth grade respectively). Last summer our youngest was diagnosed with Asperger’s Syndrome. Asperger’s is a form of High Functioning Autism (read more here).

I’m probably one of the best testaments to how much your opinions about schools (and how your kids fit in within their structure) will change as your children get older and they change and mature and school gets tougher.

My son was always “different” and we had long discussions with each of his teachers about his special needs. Mostly though, he would just check out and ignore anything he didn’t want to listen to in school which made him susceptible to being overlooked. He was quiet, sweet, enthusiastic, but checked out fifty percent of the time (my husband refers to him as being a “dreamer”). Just how checked out he was, became clear when we found out (after testing at his new school) that he was a year and a half behind in math.

Which school did you ultimately choose?

We went through our “choice” process two times. The first time, I was an avid believer in attending our own neighborhood school (and frankly couldn’t be bothered to do much research). Our neighborhood school was Edison Elementary, one of the higher ranking schools within Denver Public Schools.  We chose the school largely because we liked the ECE teacher (short term planning we now admit) – but as time went on, we lucked out with fantastic teachers (my daughter had one of the best teachers I’ve ever met for her first and second grade years, until the teacher retired) and we had a principal I felt I could communicate with.

Our second school of choice, was a much different process. And we didn’t make the change without a lot of heartache. My son’s problems came to a head when he started being physically and emotionally bullied. He was kicked in the groin in the lunch line (and then proceeded to defend his attacker in the Vice Principals office and say he was his “friend”), he was harassed by other kids, one right in front of me, in a sarcastic manner, which he just didn’t get – he doesn’t get sarcasm and has a heck of a time figuring out who his friends are (he’s still struggling with this).

We had made the decision to change schools based on a lot of criteria. Our daughter wasn’t happy and we were less than enthused about her teacher who had been touted as one of the best. Obviously we weren’t as sure. Both kids were having problems with friends, although my son’s problems were more pronounced, but my daughter wasn’t faring much better.

Do all of your children attend the same school? Why did you make that choice?

Did you, or would you consider relocating or driving a long way for a school and why?

We did end up moving to our school of choice. We were going to drive them each day, but had other factors intervene and ended up putting our house in the old neighborhood up for rent and are currently renting a house near the  new school.

Since both of us are self-employed and work from home, where we live isn’t really as important as our lifestyle and the environment for our kids.

Who did you ask for advice and how much research did you do on your school choice?

The first time around, I went to a school expo and I’ll be the first to admit I left with a migraine. My head hurt just trying to wrap my mind around all the educational and environmental choices. My kids, at the time, were under two and it just seemed so overwhelming. So, we ultimately picked our neighborhood school – which was a good school and made for an easy decision.

The second time around, my husband drew a circle around our existing house with a radius of twenty-five miles. We pulled up all the Jefferson County schools (because at that time, we’d decided to leave the Denver Public school district) and made a list of all the schools.  We ranked the schools based on criteria that was important to us on Greatschools.org. We used the test scores as a guideline, but also looked at parent comments and we also looked at ethnic mix, the fact that we didn’t want our kids to go to an all Caucasian school being important to us.

First, we drove past all of the schools and went in ourselves. Then we took the kids past the eight or nine we liked to get their opinions.

The one we chose was on the absolute edge of the map and I didn’t even want to go in. However, when we walked in the door we knew we loved it. The school was quiet, welcoming, had fantastic art projects all through the halls and was clean (my husband’s requirement. He says no self respecting school has trash throughout the hallways and that it shows how much the teachers and students care about the school).

What information made the biggest impact on your decision?

The school environment itself. When we walked through the door we felt welcomed. We went on a waiting list, but they knew we’d be anxious to make plans and actually let us know our “status” within two months of getting on the list.

Oddly, my son’s path to his diagnosis started with the DPS school. We had Edison Elementary school’s awesome speech therapist looking into his stutter (or what we found out later was “Cluttering”).  She took him for an evaluation and when we sat down with her and his teachers, she kept telling us “you really need to talk to your pediatrician.” With a little home investigation we looked into Asperger’s and it was practically a checklist for the things he was struggling with.

I’m sure he would have been treated well on an IEP at Edison, however, nothing could have fixed the dynamics that were now set between him and his classmates.

One of the other huge votes for the new school was that they treated him as if he was on a full IEP even before we had done all the paperwork. They also hand picked his class with the knowledge that he needed help socially.

He is now on a full IEP and attends multiple outside therapies as well as receiving OT and psychological services through the school.

He will also have completely caught up the year and a half he lagged in Math by the end of the year.

Both kids have wonderful friends and are really happy. Isn’t that the point in the end?

For info on how to have your own “School Story” posted, here, visit this post. I’m looking forward to hearing more “School Stories”.